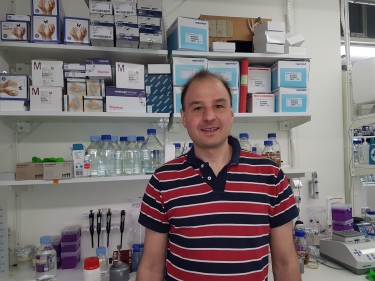 Per-Olof Syrén obtained his PhD in Biotechnology in 2011 from KTH. After a postdoctoral stay as an Alexander von Humboldt-fellow at the University of Stuttgart, Germany between 2011-2013 he came back to Sweden to build his own research group. Supported by a Swedish Research Council (VR) Young Investor grant (less than 5% success rate), and committed to his passion to understand fundamental biochemistry, he has built his own small and independent research group from scratch at Science for Life Laboratory in Stockholm. His research is funded by the Gunnar Sundblad Research Foundation, FORMAS, VINNOVA, KVA, ÅForsk, SLF, VR and SSF – The Swedish Foundation for Strategic Research after being evaluated to have a great potential for our society. His research benefits from generous support from industry, including the Swedish forest company Holmen and the US-based biotech company ATUM. His projects have attracted private grants from both Sweden (Royal Academy of Sciences, Wennergren Foundation) and Germany and have won several awards, including an internationally prestigious Alexander von Humboldt award and a Gordon conference research award. He was nominated to represent the Alexander von Humboldt foundation at the Nobel Laureate meeting in Chemistry 2013 in competition with thousands of other young scientists globally. In 2019 he was awarded the the Gunnar Sundblad Research Foundation’s prestigious Skills Development Prize. The prize was awarded by His Majesty King Carl XVI Gustaf of Sweden.

Hi! My name is Boyang (or you can just call me Sissi!), I was born in China, but I have spent the last ten years studying and working in Japan. I finished my Master’s and Ph.D. in Shinshu University and during that time, my work was focused on targeting and engineering a beta-glucosidase from Trichoderma reesei for disaccharide synthesis via transglycosylation reaction.

In 2016, I moved to the RIKEN Center for Sustainable Resource Science as a postdoctoral researcher fellow in the Bioplastic Research Team and performed chemical library screening looking for potential monomers that can be polymerized by laccases. In 2018, I transferred to the Biomacromolecules Research Group and developed a novel method of DNA/protein delivery for genetic modification in rice.

From 2019, I moved to Sweden, joining Per-Olof´s group, and I am now working on a project relevant to bio-based plastic degradation.​

Hi, I am Caroline from Denmark. I attained my master’s degree in Biotechnology at the Technical University of Denmark (DTU) and became very interested in environmentally sustainable solutions and how to make full use of our recourses. I therefore did my PhD in Section for Protein Chemistry and Enzyme Technology at DTU, focusing on enzymes improving fractionation of lignocellulosic biomass. In November 2019 I started a postdoc position in Per-Olof´s group. Here I will continue to pursue my interest and work on developing enzymes for valorization of wood and plant derived components.

Hola! My name is Patricia and I come from Uruguay. I graduated in my home Country (Universidad de la República) as a Pharmaceutical Chemist (Professional Degree), and then I earned my Master degree in Organic Synthesis and Medicinal Chemistry. Afterwards, My PhD program combined both Organic Chemistry and Computational Chemistry, mixing organic synthesis, biotransformations and quantum chemistry to study the oligomerization of cyclitols. Then, I moved to Sweden (Örebro University) for one year as a Postdoc, to work in Computational (Bio)Chemistry, in the drug design field and also in the computational study of lignin in the context of biorefineries. I was appointed then as an Associate Professor of Computational Chemistry in Uruguay, but I moved again to Sweden as a Marie Curie Fellow to work at the University of Gothenburg in the computational design of novel antibiotics against resistant bacteria. And now, from October 2018 I started a researcher position in Per-Olof´s group, focusing mainly in the computational design of enzymes for the recycling of textile fibers.

My name is Natalie, I come from The Netherlands and I finished my master’s in Medical Engineering at KTH here in Stockholm in June 2016. I am now an industrial PhD student working at the KTH School of Chemical Science and Engineering as well as Sobi, a Swedish biopharmaceutical company specialized in orphan diseases. Both are situated at SciLifeLab in Solna. My project is about designing and engineering enzymes for therapeutic applications, such as treatment of certain rare genetic diseases. Recently, I started working with bioinformatics and especially phylogenetics and ancestral sequence reconstruction of enzymes. 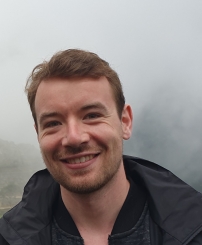 Hi! my name is David. I am from the Netherlands, where I have finished my Masters at the Technical University of Delft and Erasmus University Rotterdam in Nanobiology.
During my studies I worked on a variety of projects ranging from growing synthetic cells to the molecular mechanism behind CRISPR/Cas. During these projects I grew a great interest in the correlation between protein structure and function. In October 2019 I started my PhD on protein engineering in the Syrén lab and the lab of prof. Hjalmar Brismar. I am working on  engineering of enzymes and the effects that changes in structure have on enzyme activity and dynamics in the cell. 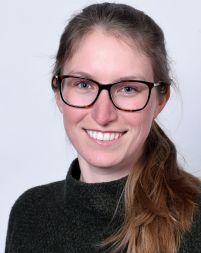 Hej! My name is Karen – I come from Germany and finished my Master of Biochemistry at the University of Heidelberg in summer 2018. During my Master degree, I have worked with different types of proteins and protein engineering methods. I started my PhD in the Protein Engineering of Enzymes group in October 2018. In my project I will focus on enzyme engineering and biocatalytic pathways at the interface to metabolic engineering.

Hej! My name is Arne, I am from Germany and I did my master’s in Nanoscience at the University of Hamburg. I started my PhD in March 2017 at the School of Chemical Science and Engineering at KTH in Stockholm. I am working on the polymerization of biopolymers using molecular building blocks from renewable sources, mainly focussing on monomers containing cycling subunits.

Working on polymerization of renewable building blocks and generation of biopolymers with tunable properties.

ERASMUS student. Project on biocatalysis and mechanisms of enzyme catalysis (2016).